Two's Company are Alice Baillie (voice, flutes) and David Jenkinson (voice, guitars, mandocello). Originally hailing from Norfolk and Yorkshire respectively, they are currently based in Bristol and Sheffield. Their music places contemporary folk stories alongside age old tales of joy, sorrow and acclamation. Taking inspiration from themes as diverse as the natural world, the industrial revolution and ancient myths and legends, they blend traditional material with self-penned songs and tunes to dazzling effect. Alice's voice reaches into the very heart of her own lyrics as well as those inherited from generations past. David's mandocello and guitar set a new backdrop for each tale, while flowing harmonies and soaring flute melodies bring the stories to life.

Since their formation in 2011, Two’s Company have played across the country, with highlights including support slots for the likes of Martin Simpson and Phil Beer, winning the Shrewsbury Folk Festival Open Mic competition (2014) and reaching the final of the New Roots Competition (2016). Their debut album ‘Go Together’, released in Autumn 2016, was heralded as ‘a welcome start to a recording career’ (Bright Young Folk) and ‘a courageous first album’ (The Living Tradition), and received radio play up and down the UK.

David's two cello-mandolins were handmade by the late David Oddy and his son Nick Oddy. For more information on Nick's beautiful range of masterfully crafted instruments, check out the David Oddy & Son website. 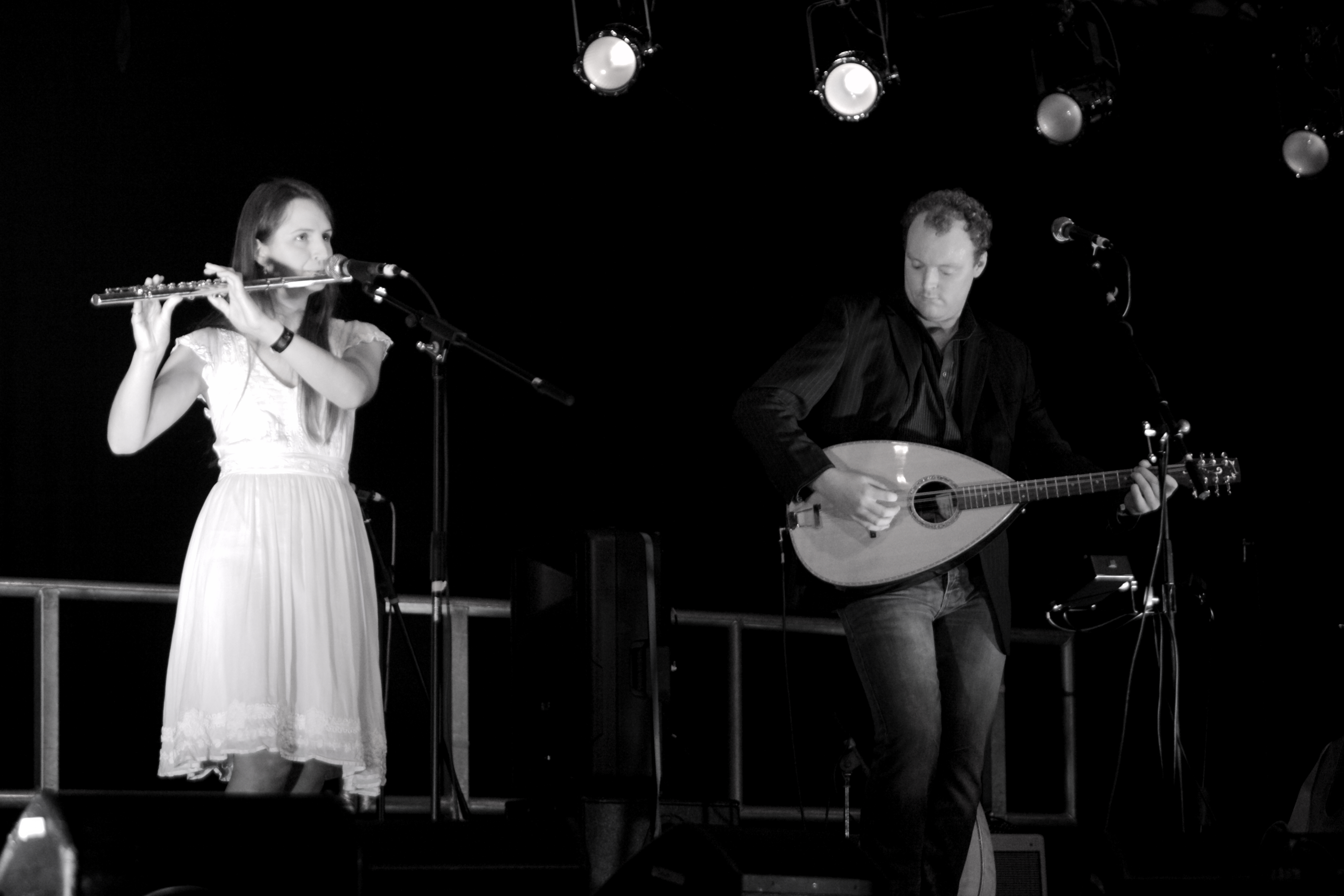 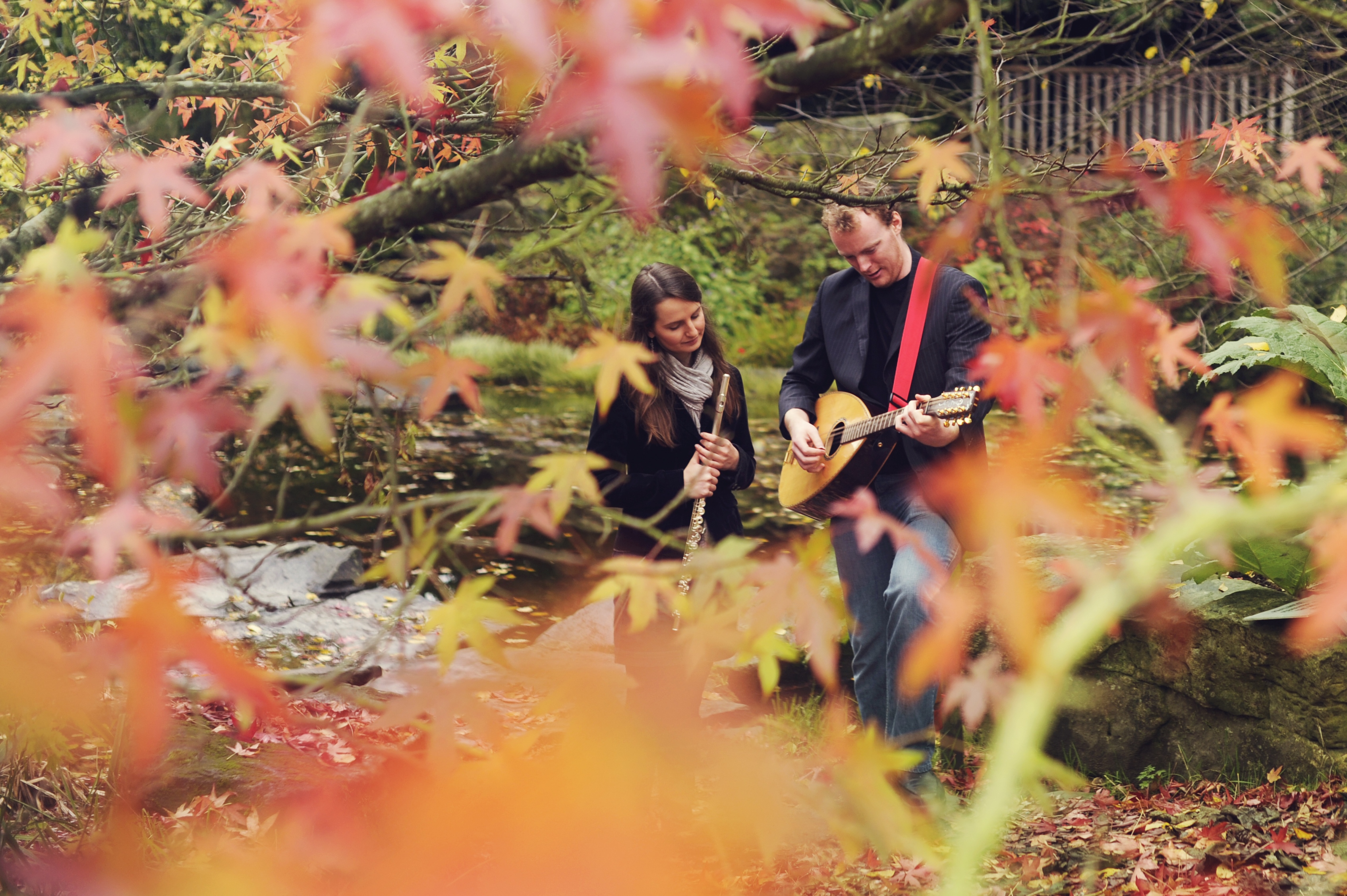 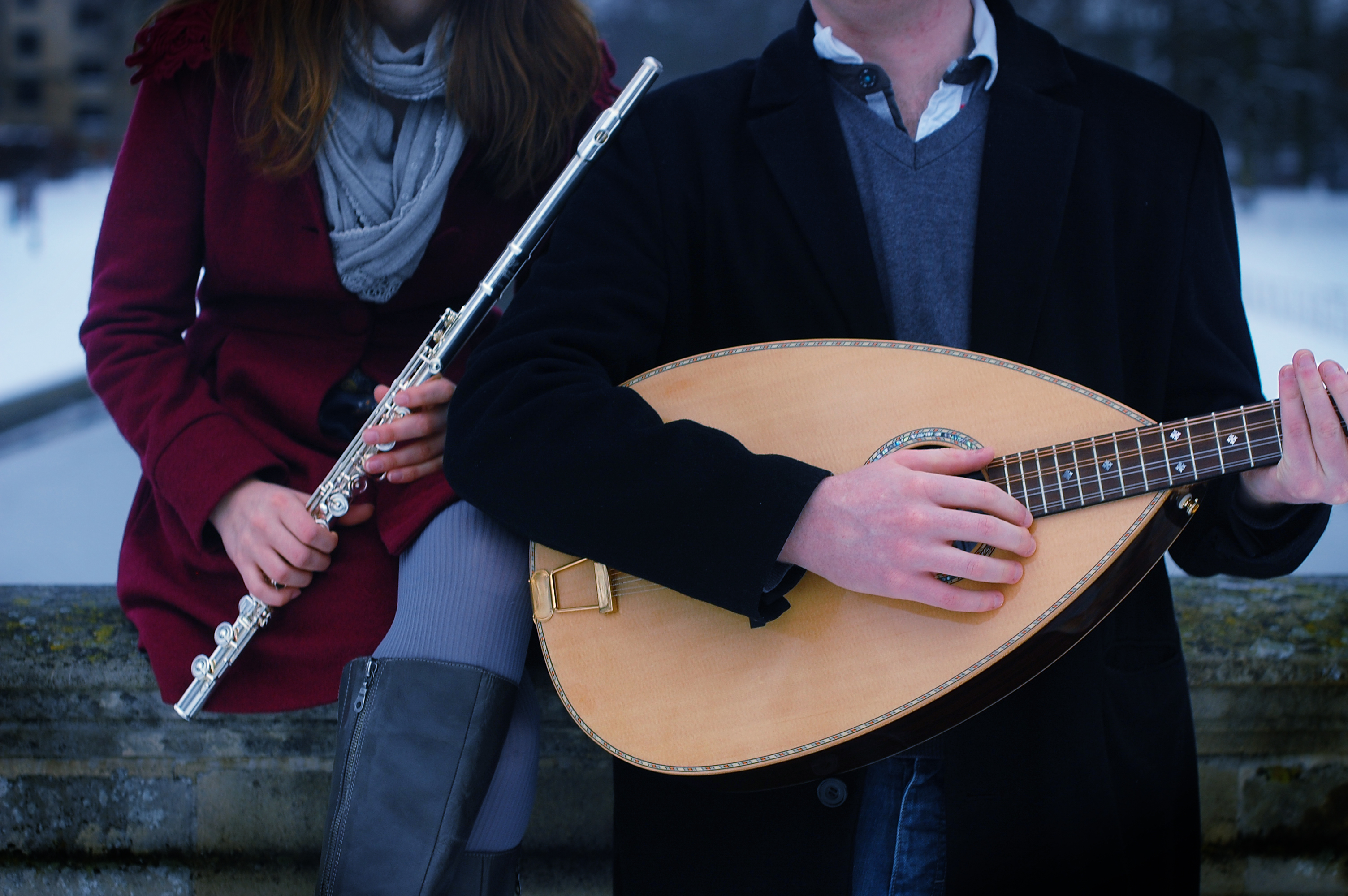 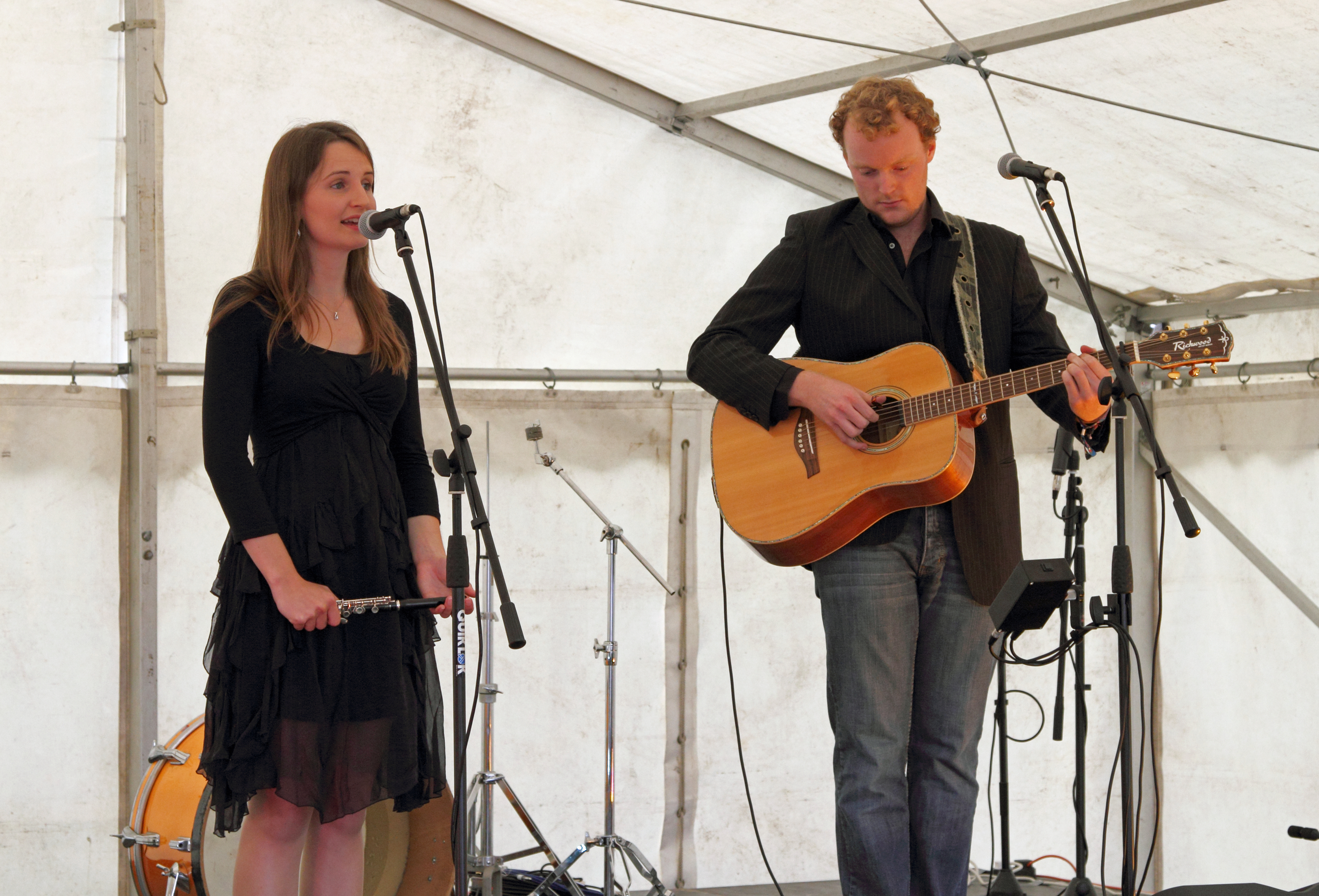 Alice can’t remember a time before she sang, but discovered her love of song-writing much more recently. Her earliest encounters with folk music were thanks to a pile of well-thumbed copies of ‘Singing Together’ and ‘Rhythm & Melody’ at home, learning the melodies by playing them on the recorder, or later the flute. While growing up she was inspired by the singers of the ‘60s and ‘70s rather than the music of the day, but the music that she performed was driven mostly by what was on offer around her – a melee of choirs, orchestras and musical theatre. It wasn’t until meeting David at University that folk music took over.

“Forming the duo was very liberating compared to my other musical experiences around that time. We could practice and perform whenever and whatever we wanted. That, along with having the freedom to arrange the songs as we liked, gave us much more ownership over our music, and beginning to write my own songs took that feeling to the next level. I love talking to other songwriters about their creative process as it amazes me how different people's approaches can be so varied. For me, a song usually starts with a pair of lines or a little phrase, and before I know it there's a tune in my head to go with it. I'm fortunate that David has a great talent for taking my words and melodies, and finding a sympathetic way to enrich the music with harmonies on strings and vocals. People often say they wouldn’t be able to guess which songs in our set were traditional and which were my own. I like that. I want my songs to blend with the old songs that inspire me to sing, and to tell both new and ancient stories in that beautiful, time-honoured style.”

Alice spent five joyful years living in Sheffield, where she immersed herself in the local session scene as much as time allowed while completing a PhD in Plant Science. Her research work has recently led her on to Bristol, where she looks forward to discovering a whole new scene of clubs and sessions. She's sure never to be away from Sheffield for too many weekends in a row though, as she's never written a more sincere lyric than the title of her much-loved chorus song, 'I promise I won't be gone long'.****

David’s musical journey started at an early age – but not as a ‘folkie kid’! He took up piano aged 4, and trumpet aged 8. Having spent his early teenage years playing across the jazz, big band and classical genres with the latter instrument, he bought his first guitar on a whim, aged 15 – a non-descript fender imitation electric guitar. A year later, the first of his now ever-growing collection of acoustic instruments (a Vintage 6-string) followed, along with a first folk festival – Fairport’s Cropredy Convention. Watching acts like Kerfuffle, Seth Lakeman, and most fatefully, Show of Hands, David fell for folk music and has never looked back since.

Now an accomplished multi-instrumentalist, David draws inspiration from the playing of various names you might expect – Kris Drever, Jim Moray, Steve Knightley – and the music of some you might not – Ed Sheeran, Bryan Adams, Green Day.

“I’ve never really had a defined genre of music that I listen to. As a kid, I had all sorts in my playlists. Dad’s music was quite influential early on – stuff like Duran Duran and Roxette, but Dylan, Springsteen, and others, too. The first live gig I went to was Metallica – I couldn’t hear for days afterwards! That diversity of music has continued to some extent, but I guess I probably haven’t been to anything live other than folk gigs and festivals for quite a long while now. Of all the music I’ve listened to down the years, folk music is the one that has stuck. There is something inbuilt, I think probably in more of us than know it, that just connects with that sort of sound, whether it’s the rhythms, tunes or words. It just pulls at me in ways other genres don’t.”

A professional design engineer by trade, David holds a Master’s degree in Mechanical Engineering, and spends his working days designing, assessing and validating the mechanical integrity of an array of structures and mechanical systems. But it is his time spent in the musical world, whether performing, in the audience, or in sessions, where he ultimately feels at home.